[Just because I haven’t posted on the blog in like 2 months (*gulp*), doesn’t mean I’m not posting elsewhere. You can follow me on facebook and instagram (@anna_the_nurse). The idea of sitting down to type up a long blog post is just… intimidating at this point. I know, you’re going to tell me that short posts are okay too. But it’s been 2 months!!! Anything I post at this point will probably be long! Anyway. I wrote a little something for facebook the other day and I figured I could just copy and paste it into my blog, since it’s a medical topic and all.]

In regards to Amyotrophic Lateral Sclerosis:
First of all, I have thoroughly enjoyed watching everyone’s videos of themselves getting doused in ice water. Now that I’ve been challenged to spread ALS awareness myself (thanks Zach), I want to take the time I WOULD’VE spent making a video (that actually has nothing to do with ALS) and simply do something that WILL spread awareness: educate.
I love that the challenge has encouraged people to do something good in the world- but I feel like it’s become more of a fad and more time/effort is put into creating the perfect video than actually caring about what ALS is and what it does. If you’ve done your research, good for you! If you haven’t, here ya go.

1. Amyotrophic lateral sclerosis is a neurological disorder that attacks the nerves that control voluntary muscles. You get weaker and weaker and lose control of your hands and legs. It eventually progresses to the point where you have difficulty even moving your diaphragm to breath and a lot of people succumb to pneumonia. You become trapped in this body that won’t do what you tell it to. It’s a horrible way to die.

2. People with ALS typically only live 3-5 years after the symptoms come on. A very few amount live longer.

3. People with ALS have trouble moving, swallowing, and speaking. The usually have to get a feeding tube and have a terrible time with dealing with an overabundance of saliva production.

4. Because it is a process of exclusion, it can take a year or more, on average, to get a confirmed diagnosis of ALS. There is no ‘test’ for it.

5. We should probably start calling it “Stephen Hawking Disease” since he’s been living with it since the 1960’s and has set a world record.

With that said, please consider making a donation to a charity of your choice. There are some wonderful causes out there doing incredible work.
(I chose to donate to John Paul II Medical Research Institute which finds ways to do their research without using embryonic stem cells. Take time to know where your money goes).

That’s all. I’ll post again soon, promise. I’ll tell you about all the stuff and things I’ve been doing. 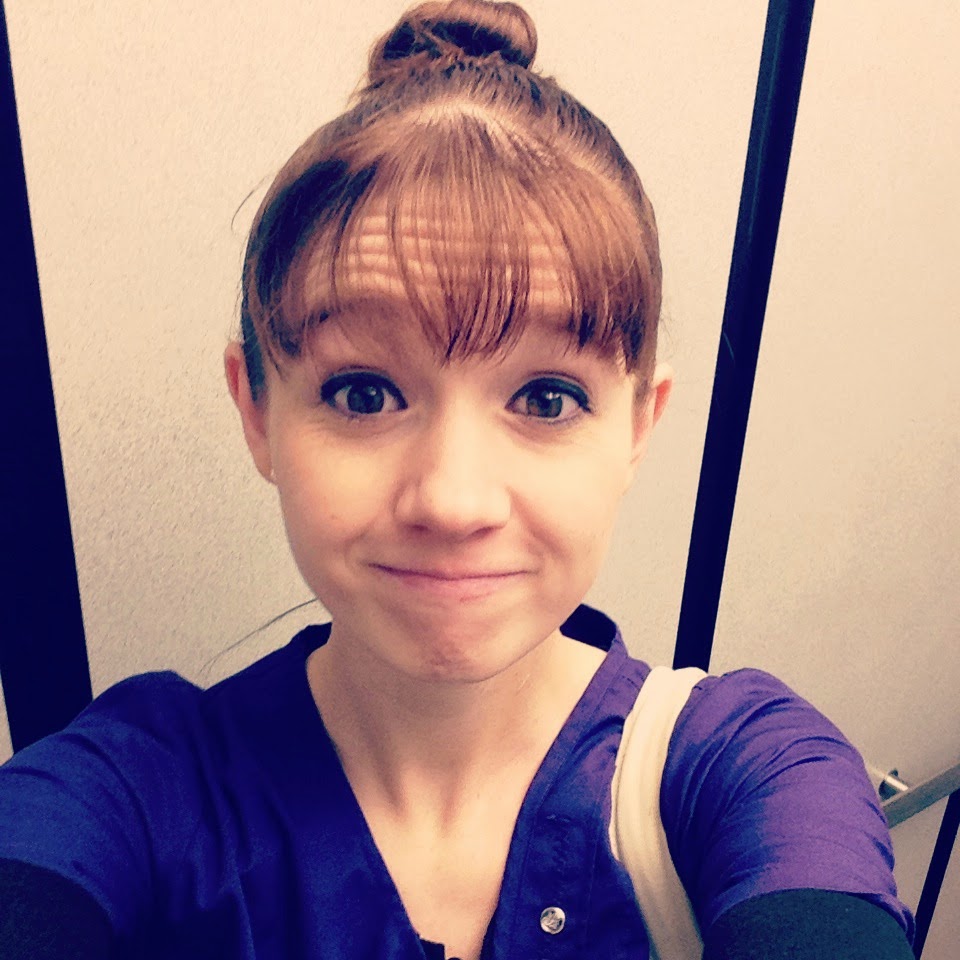 Nurses Week Day 2: WhiteCoat Clipboard Giveaway & How to Get a Nursing Job

Life After NCLEX: Continuing Education as a Nurse

Hello! My name is Anna. My husband's name is Mo. I am a nurse. He is a bike mechanic. We reside in Idaho. We do things. Read More…